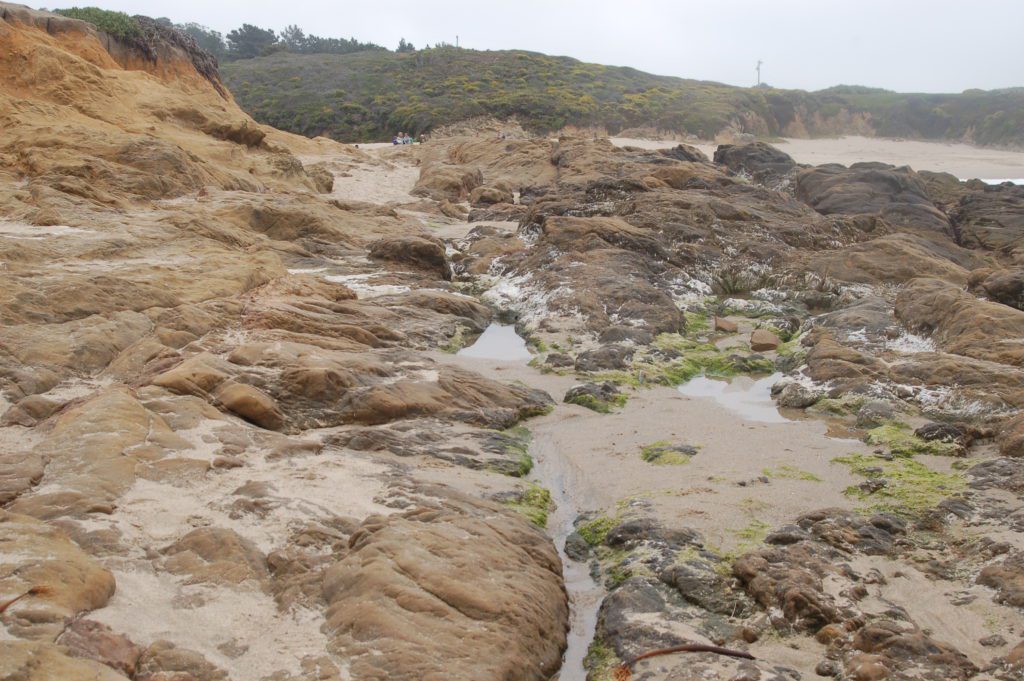 Bean Hollow State Beach includes two sheltered coves, separated by a rocky point. The beach is one of the few local state beaches that allows dogs.

Pebble Beach is a part of Bean Hollow State Beach, but is located one mile north of Bean Hollow on Highway 1. The two beaches are connected by a 1-mile nature trail.

A fishing license is required.

The beach has a self-guided nature trail.

Parking is $10 and supports the park.

Later, the rancho was later purchased by Clark & Coburn of San Francisco. Loren Coburn was born in Vermont and had moved to California in 1851. He worked first in mining and then as a businessman in San Francisco. He moved to the Pescadero area in 1872 and entered into land development. Coburn erected a large hotel on the bluff above Pebble Beach in the 1890s, hoping to make it a popular destination for vacationers taking the planned Ocean Shore Railroad from San Francisco. The San Francisco earthquake in 1906 ended construction on the railroad, and the hotel permanently closed.