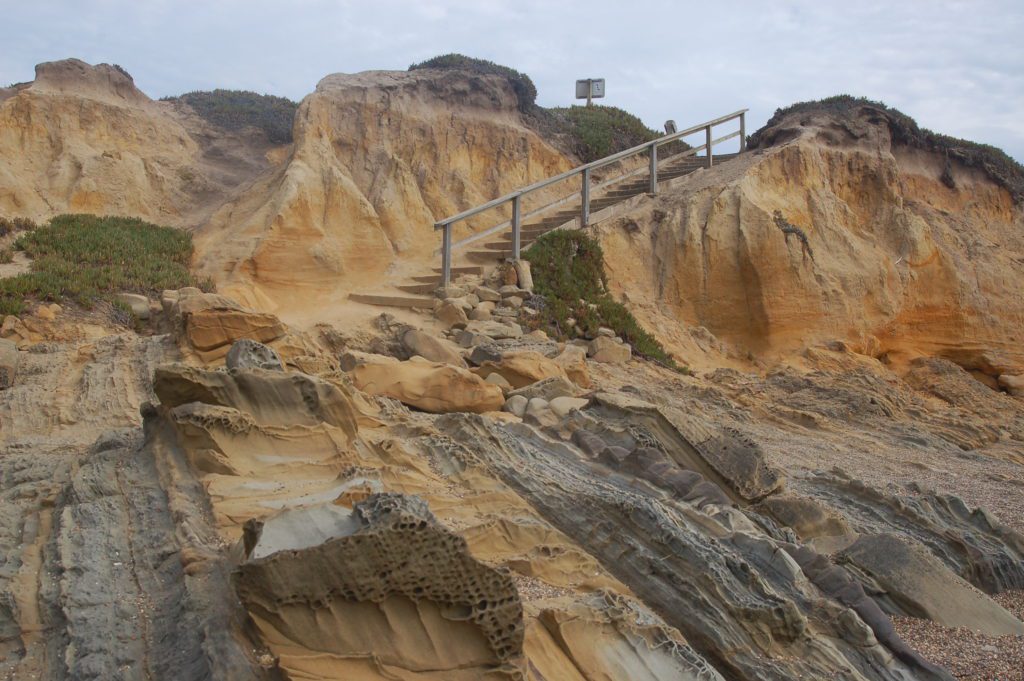 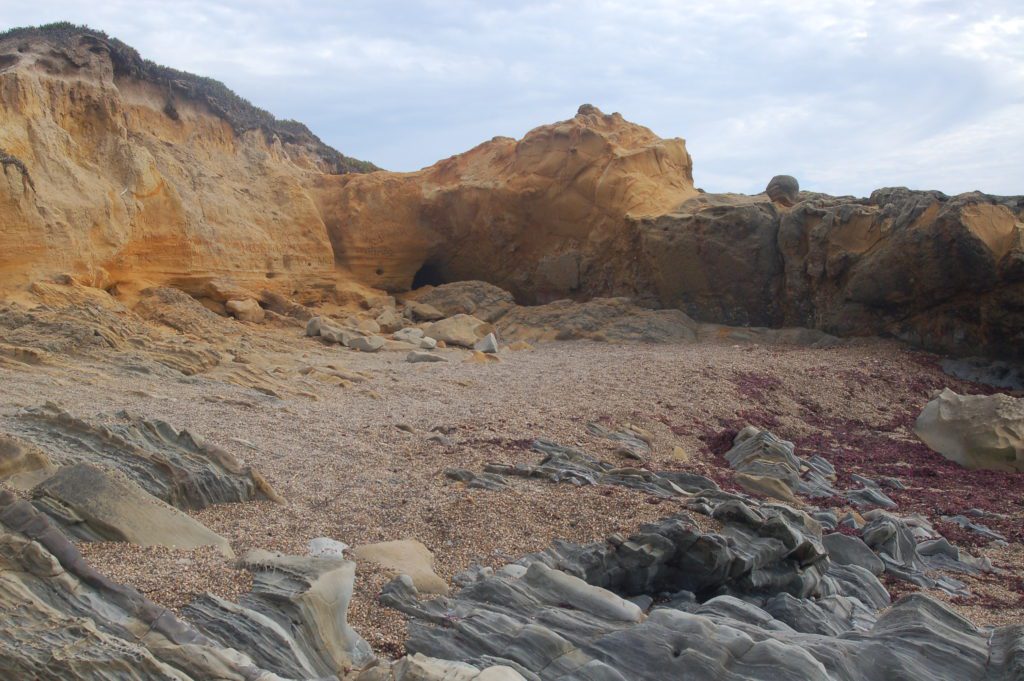 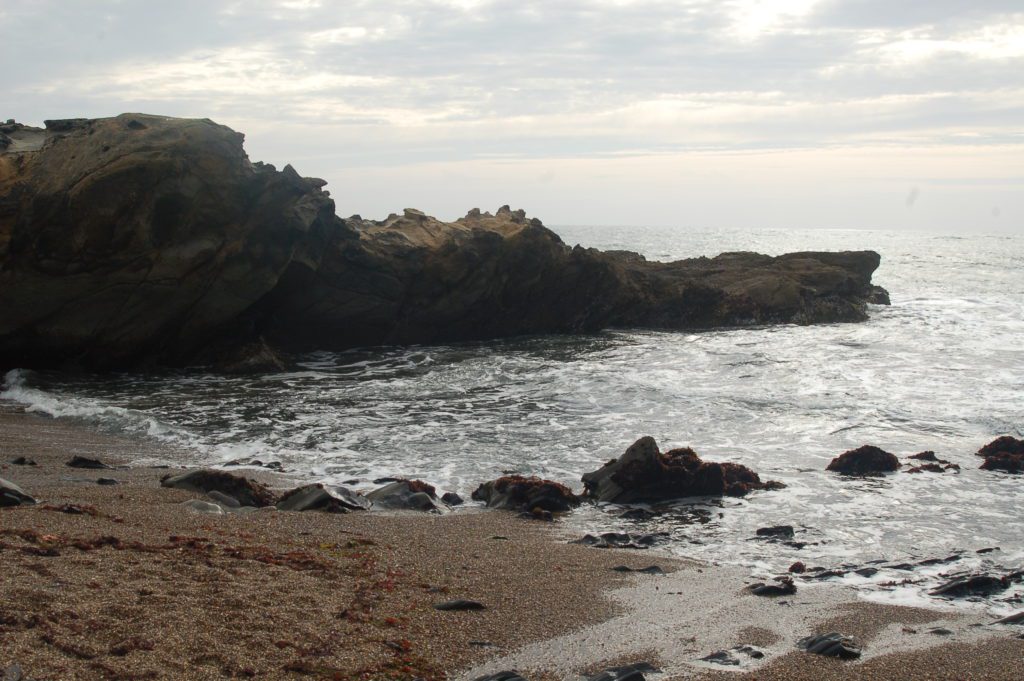 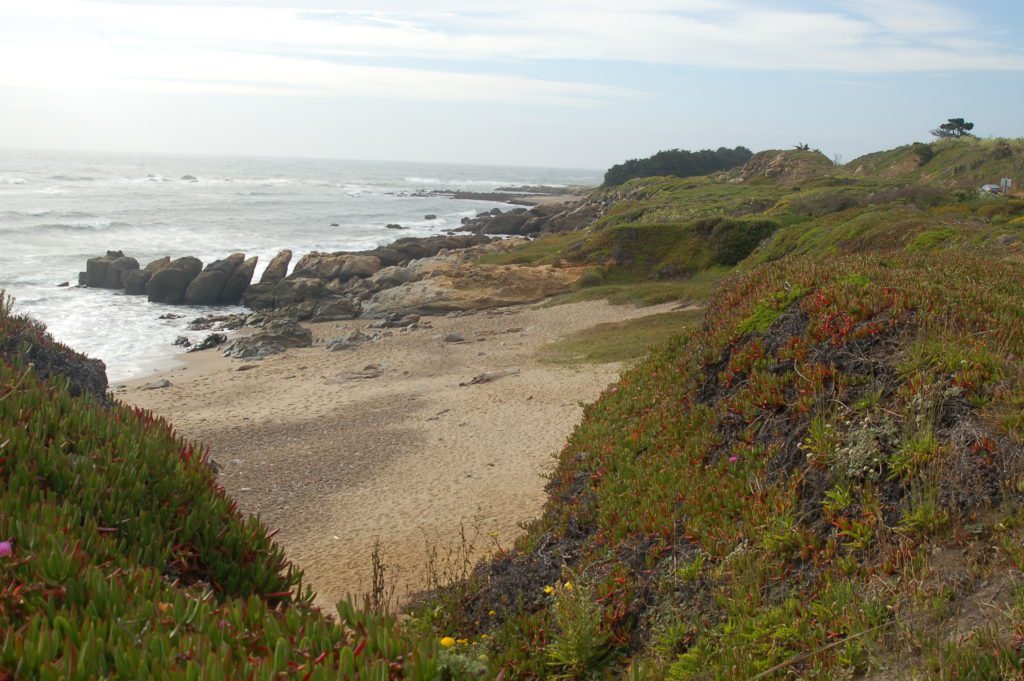 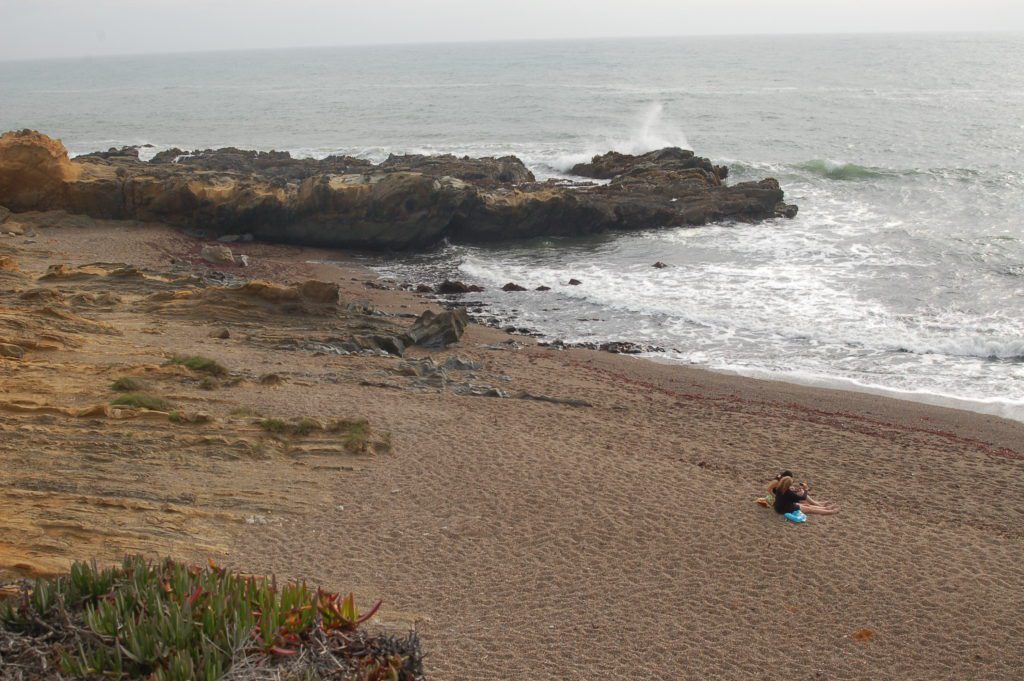 Pebble State Beach is home to the popular Arroyo de los Frijoles Trail, a 2-mile round-trip walk to Bean Hollow Beach. The pebbles on the beach are quartz chipped from an offshore reef, tumbled ashore, then wave-polished and rounded into beautifully hued small stones.

Pebble Beach features two main sections: straight ahead off the parking lot are outcrops of Pigeon Point Formation sandstone. The surface of many of the rocks has been weathered in a honeycomb-like surface texture known as tafoni. This area leads to extensive tide pools. To the right of the parking lot is the pebble-covered beach that give the site its name. The beach has deposits of varicolored, water-worn pebbles several feet deep, including agate, chalcedony, jasper, moonstones and sardonyx.

Visitors enjoy swimming, surfing and fishing. Explore the tide pools but do not disturb the creatures, including anemones, crabs, sea urchins and other marine inhabitants.

A 1-mile trail to nearby Bean Hollow State Beach begins at the south end of the parking lot. The walk offers a close-up look at tide pools, wildflowers (in season) and colonies of harbor seals and shorebirds

There are no facilities.

Pebble Beach was a part of Rancho Butano, given to Ramona Sanchez on in 1838. The rancho was later purchased by Clark & Coburn of San Francisco. Loren Coburn was born in Vermont and had moved to California in 1851. He worked first in mining and then as a businessman in San Francisco. He moved to the Pescadero area in 1872 and entered into land development. Coburn erected a large hotel on the bluff above Pebble Beach in the 1890s, hoping to make it a popular destination for vacationers taking the planned Ocean Shore Railroad from San Francisco. The San Francisco earthquake in 1906 ended construction on the railroad, and the hotel permanently closed.