Fish, swim and visit the SS Palo Alto – one of the most unusual attractions in the Santa Cruz area. 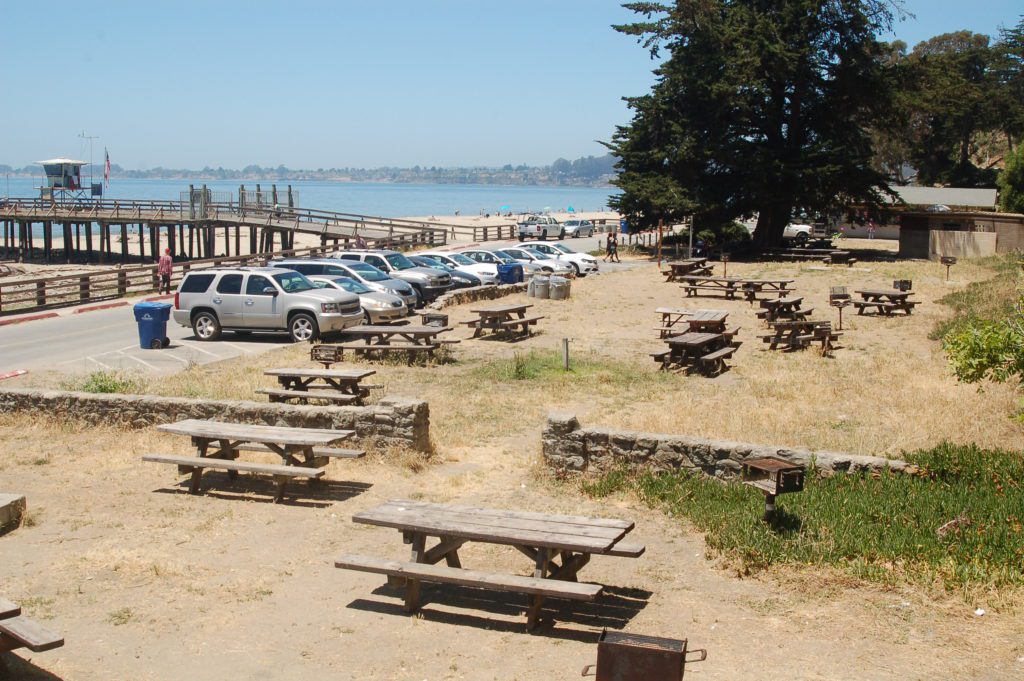 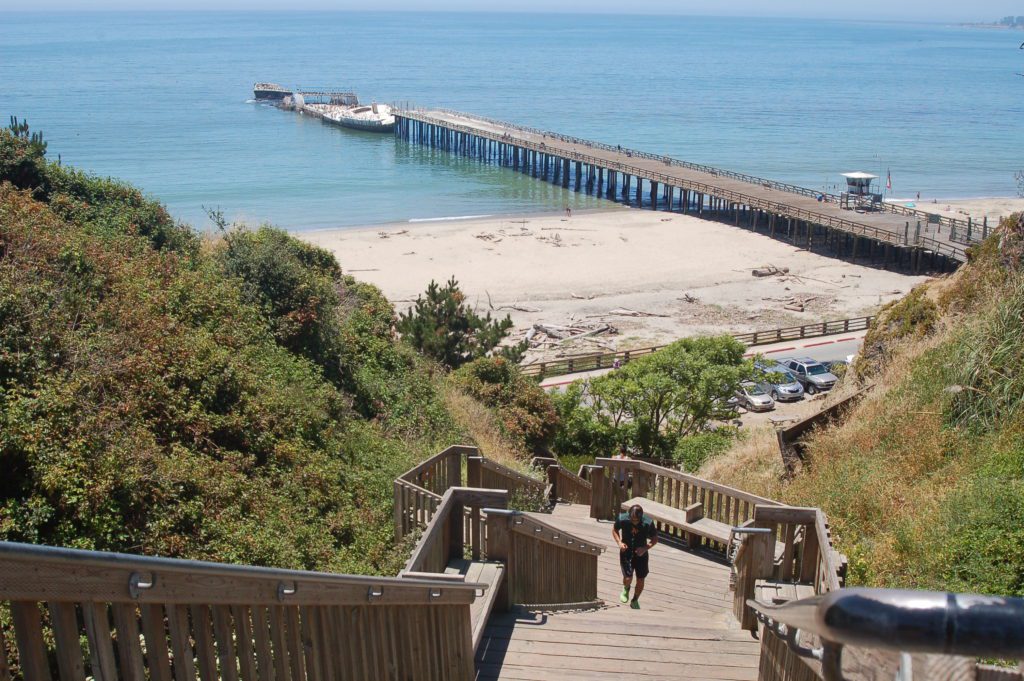 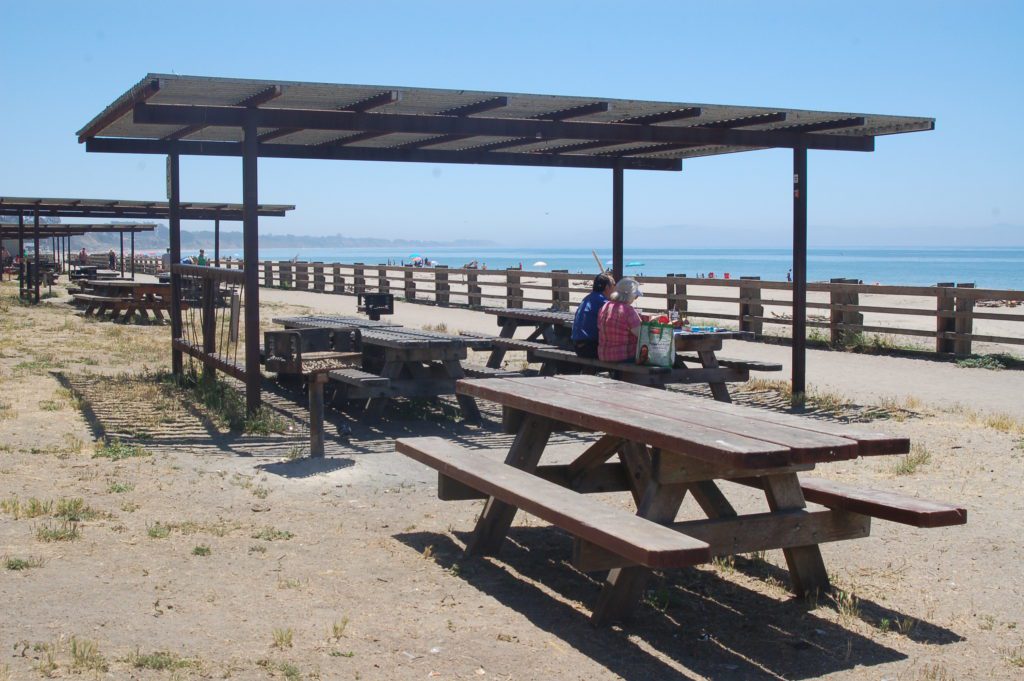 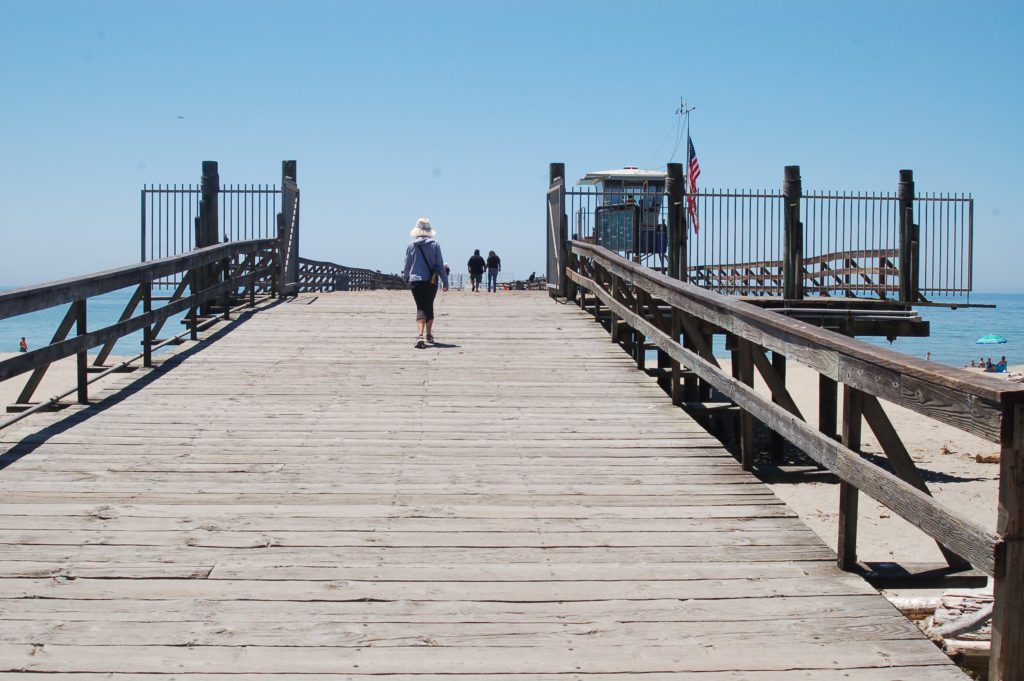 This long stretch of sand and bluffs has great accessible facilities including picnic areas, an interpretive center and RV camping. This beach is known for its fishing pier and fossils of extinct marine creatures in the bluffs. The beach is also a popular swimming spot.

One of the most unusual attractions in the Santa Cruz area rests at the end of the fishing pier: the SS Palo Alto, also known as as the Cement Ship.

The picnic area with the ramada next to the Visitor Center may be reserved by contacting the special events coordinator at (831) 429-2850; all other shaded picnic areas are first-come, first-served. One person may hold one picnic table only. Picnic areas include tables, barbecues and trash cans. Alcohol is prohibited.

Swimming, surfing and boogie boarding are popular. Lifeguards are on duty from Memorial Day to Labor Day weekends.

A one-mile beachside paved trail runs the length of the park. There also are dirt paths in the upper part of the park. Bikes are allowed.

Exhibits share the natural and cultural history of the area including Seacliff’s cement ship, marine fossil beds and the Monterey Bay National Marine Sanctuary. The Visitor Center also houses an aquarium and viewing tank with ocean creatures to observe.

The Seacliff ParkStore has an ocean theme, which celebrates the creatures that call the waters around Seacliff home – especially great white sharks, who often bask in the warm waters just offshore. The store also celebrates the nautical history of the SS Palo, a beloved local landmark also known as “the Cement Ship.” The store also carries a wide selection of classic beach souvenirs, and books about local history, flora and fauna, and ocean conservation. And of course, it sells a variety of apparel, hats and souvenirs featuring Michael Schwab’s iconic Seacliff ship image

Parking is $10 and supports the park. Annual State Parks passes also are available to purchase at the entrance kiosk.

There are 26 RV campsites, including premium, full hook-up ($65 per night) and self-contained ($55 per night). Disabled access is available. Maximum trailer length is 36 feet; campers and motorhomes can be up to 40 feet long. Visit ReserveCalifornia or call (800) 444-7275 for reservations.

The S.S. Palo Alto, one of a few cement ships built during World War I, has been a popular attraction for visitors since it was put in place in 1930. The plan was to turn the ship and the pier into an amusement and fishing ship. The Cal-Nevada Company quickly constructed a dance floor on the main deck, a cafe in the superstructure of the ship, a 4-foot heated swimming pool and a series of carnival type concessions on the aft-deck. Unfortunately, the Cal-Nevada Company went bankrupt after only two seasons. The ship was then stripped — leaving the pier and the ship to be used only for fishing and as a nature preserve.